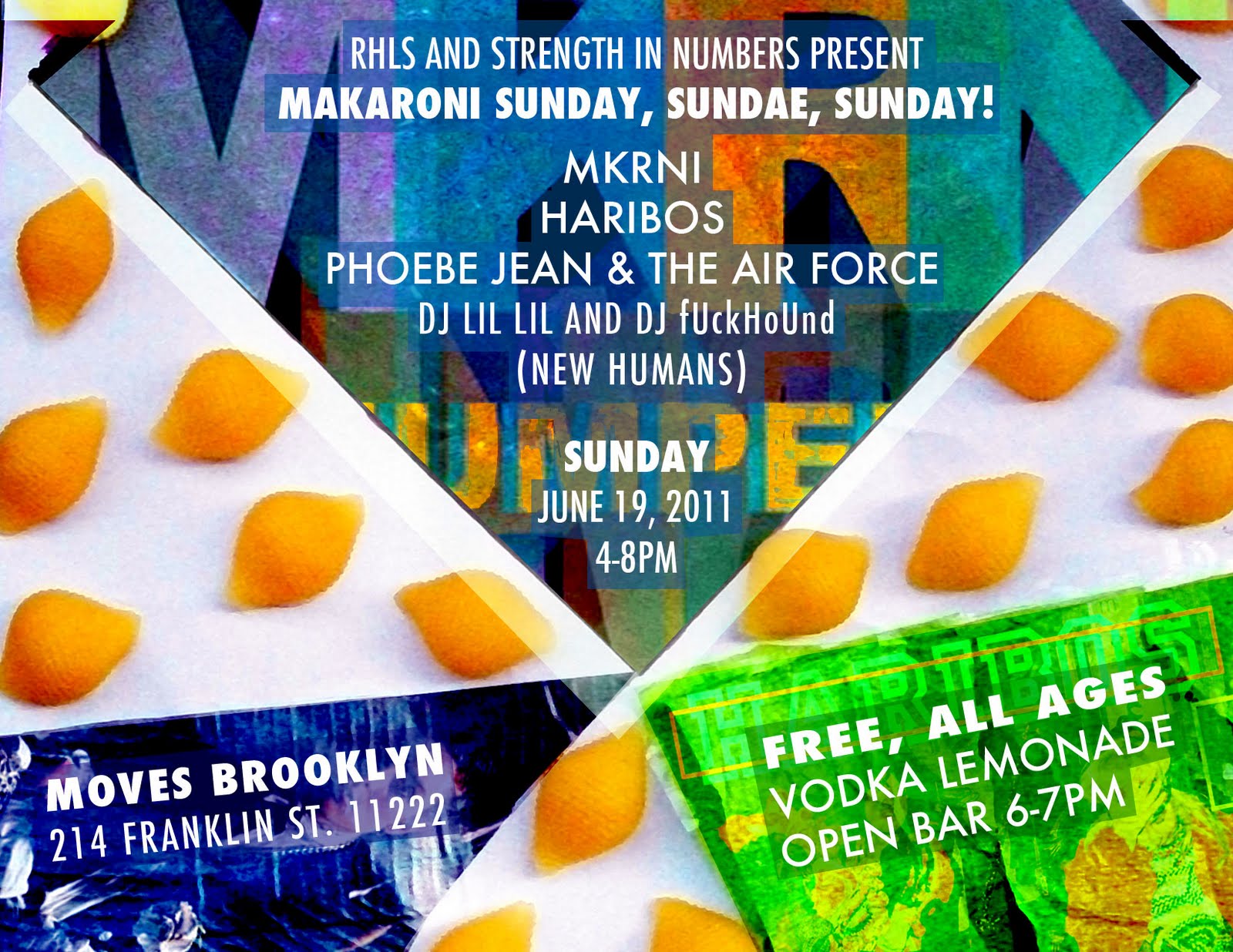 RHLS and Artists and Revolutionaries have teamed up to make over MOVES boutique!
New expanded store, more designers and discounts on select merchandise


RHLS and Strength in Numbers present

Miracle whip? Raspberries? Turn on the hot plate, tune in, and freak out.. in the kitchen.


Bring your most crazy and edible creations to share and get 15% off RHLS future positive fashions!

Win friends, attract and amaze with your most bedazzling macaroni necklaces. We supply the materials, you bring and flaunt the craft!

"MKRNI is not a band. Saying that MKRNI is simply a band, would be to horribly discount their expansive reach into the Santiago art and music scene. MKRNI is a Chilean culture monster that fits efficiently into a 3-piece electronic band."--Le Chev

Big heart, banging style, deep bass and a killer voice. Phoebe Jean &The Air Force is one girl with an army of sound. Born and raised in Baltimore, loved and learned in Paris and New York, this girl knows how to bring it all home with a masterful blend of classic club breaks, soulful funk grooves, and epic harmonic melodies that come together like a guided missile, always on target, straight to the heart of the dance floor. Her live sets are always changing but one thing remains the same: by the end of it, the room has erupted in a sea of pure body moving magic.

Brooklyn based Strength In Numbers is an all-women-run organization dedicated to working with and supporting female-identified artists, hosting DIY all ages events, and running an independent record label.

Meet FONY. A minimal street wear label from the creators of RHLS
Sep 12, 2013